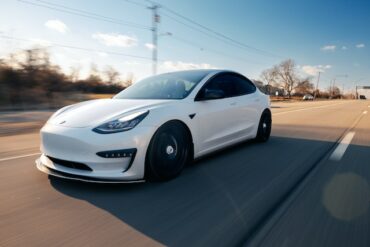 Four in every five Australians have concerns about making the swap to an electric vehicle, new research has found, with price, range and charging issues topping their list of potential speed bumps. The study, conducted by the Consumer Policy Research Centre, found the...[Read More]

Australia can meet its emissions reduction target and ease its biodiversity crisis if it decides to end logging in native forests, a leading climate scientist says. Professor Brendan Mackey, who has co-authored reports for the Intergovernmental Panel on Climate Change,...[Read More] The head of the United Nations has called for Australia and other major economies to tax the super profits of fossil fuel companies to help people make ends meet and be protected from climate change. “I am calling on all developed economies to tax the windfall...[Read More] 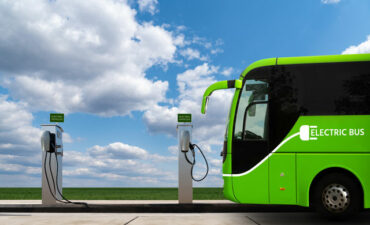 Australians overwhelmingly want governments to splash cash on a fast transition to green transport options that will save them money and fight climate change, a national survey shows. A YouGov poll of 2160 Australians, commissioned by the Climate Council, found 80 per...[Read More] Australia must train tens of thousands of new sparkies if it wants to be a renewable energy superpower, according to the Electrical Trades Union. The warning comes as Climate Change and Energy Minister Chris Bowen hosts a jobs summit in Canberra on Tuesday with...[Read More] The federal government will officially respond to a landmark report into Australia’s environmental laws by the end of the year and introduce new legislation for 2023. Minister Tanya Plibersek said statutes and administrative systems need to change to prevent...[Read More] A small environment group is behind a novel legal bid to force the federal government to review almost every pending coal and gas project across Australia. The Environment Council of Central Queensland has formally asked Environment Minister Tanya Plibersek to...[Read More] Authorities remain hopeful of eradicating the varroa mite in NSW as almond producers raise fears that restrictions on bee movements will endanger millions of dollars in produce. Some 19 infested properties have been located since the mite was first detected at the Port...[Read More] Australia’s greenhouse gas emissions increased in the last year, according to new data. A quarterly update of the national greenhouse gas inventory says there was an 0.8 per cent increase in emissions in 2021, equal to 4.1 million tonnes more than the same period...[Read More] Planned $100b overhaul of industrial heart

Australia’s heavy industries have joined forces to devise a $100 billion plan to go green amid global pressure to respond more rapidly to climate change. An 88 per cent cut to carbon emissions is possible across refineries, pipelines and steelworks from the...[Read More] An energy market blueprint that would pay old and new generators to guarantee capacity in the electricity grid has been released for public scrutiny. Coal-fired power plants and new renewable assets would be eligible for payments under a proposed “capacity...[Read More] Pockets of Australia are avoiding bill shock by being ahead of the nation on solar and wind power. As the bigger eastern states face soaring energy costs, electricity prices in Canberra will decrease, the territory’s economic regulator announced this week. Senior...[Read More] Australian grain growers are being encouraged to get into the carbon market, with a new partnership linking farmers to soil carbon technology. The partnership, between GrainCorp and biotech company Loam Bio, was announced on Tuesday at a national carbon farming expo in...[Read More] Aust ‘back on the map’ for green investors

A federal government with more ambition on energy and climate policy has lifted Australia out of the naughty corner for global capital. “This is now a very significant market opportunity by global standards,” leading renewable energy investor David...[Read More]